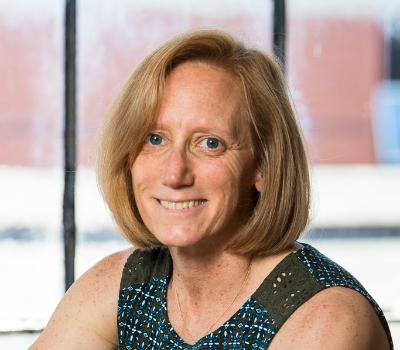 Julie A. Adams is the Associate Director of Research in the Collaborative Robotics and Intelligent Systems Institute, Professor of Computer Science in the School of Electrical Engineering and Computer Science, and Professor (courtesy) of Mechanical and Industrial Engineering in the School of Mechanical, Industrial and Manufacturing Engineering at Oregon State University. She was the founder of the Human-Machine Teaming Laboratory at Vanderbilt University, prior to moving the laboratory to Oregon State. Adams has worked in the area of human-machine teaming for over twenty-five years. Throughout her career she has focused on human interaction with unmanned systems, but also focused on manned civilian and military aircraft at Honeywell, Inc. and commercial, consumer and industrial systems at the Eastman Kodak Company. Adams received her M.S. and Ph.D. degrees in Computer and Information Sciences from the University of Pennsylvania and her B.S. in Computer Science and B.B.E. in Accounting from Siena College.

Adams’ research efforts have been featured in international news outlets, including National Geographic, Scientific American Podcast, Der Spiegel, and BBC online. Adams was the recipient of the NSF CAREER Award and was selected for the DARPA Computer Science Study Panel. She is a contributor to the National Academies report on Mainstreaming UUVs into the fleet for the CNO and to an Army BAST requested report on counter measures for UAVs. Adams is also the Oregon State University primary investigator to the FAA Center of Excellence for Unmanned Aerial Systems Research Alliance for System Safety of UAS through Research Excellence (ASSURE).