Creating communities within the College of Engineering

Subisha Sundaram, an Honors College student pursuing her bachelor’s degree in radiation health physics, appreciates the student support systems in the College of Engineering and throughout Oregon State University.

“One thing that’s really helped me is the communities that I’m part of on campus,” said Sundaram, now halfway through her third year. “That sense of community played a really important role in my staying within the College of Engineering. That’s something I am passionate about and try to encourage other students to become a part of.”

Sundaram’s immersion in engineering was not something she anticipated. Although her father was an engineer, she had intended to enter Oregon State as a molecular biology major. However, after reading more about applied problem-solving in engineering fields, she switched to bioengineering before her first term. A year later, still curious, she turned to her resident community in West Hall and had a meaningful conversation with her diversity learning assistant about various engineering majors.

“I learned about radiation health physics. It really tied in cancer research, something I am passionate about. I ended up switching majors, and I’ve really enjoyed it,” Sundaram said. “I’ve been able to take classes like anatomy and radiobiology. Learning about these things has taught me indirectly about some medical technologies that I never thought of.”

Since her first year, Sundaram has worked in Professor Emeritus Jadwiga Giebultowicz’s integrative biology lab, where she has studied aging and behavior of fruit flies exposed to blue light, applying problem-solving and critical thinking skills she has honed through her engineering studies. Currently, she is conducting research in Giebultowicz’s lab for her honors thesis.

“I’m looking at a specific gene, called Arc1, which is seen to be upregulated in flies under blue light exposure, trying to figure out why this occurs — essentially, whether this gene upregulation acts as a protective mechanism or hurts them under blue light,” she said.

“We had probes that were newly synthesized, which I worked with, along with a few other students,” Sundaram said. “We tried essentially seeing whether these probes could fluoresce in order to better image cancer. It was amazing to be able to do some of these tests behind the scenes that I’ve never done before.”

Contemplating an eventual MBA, Sundaram is now a business intern with Oregon State’s Advantage Accelerator, where she has conducted market research and learned about how startup companies become established and obtain funding. This should serve her well in the future; not only does she want to research and develop medical technologies, she wants to learn how to commercialize them.

Placing herself at the intersection of STEM and social justice, Sundaram interns for the Center for Diversity and Inclusion, which supports about 4,000 COE students from populations that have been historically denied opportunities in engineering. Sundaram conducts outreach to inform undergraduates of COE team-building events and networking opportunities with organizations that value equity, diversity, and inclusion.

“As a woman in engineering and a person of color, it can sometimes be really daunting,” Sundaram said. “I’m passionate about supporting women and helping people of color in STEM and want to promote this within engineering. You automatically find students who have shared some of the same experiences as you, but also not some of the same experiences, whom you’re able to support through these four years and, hopefully, beyond.”

An established undergraduate leader, Sundaram also serves as a COE student ambassador and as president of the Engineering Student Council. The ESC oversees all engineering clubs on campus and, crucially, allocates their funding. It also organizes Engineering Week annually and sponsors multiple events, including the annual Cookies and Clubs Fair.

“This year, we had 1,500 students attend, which was amazing after this weird fever dream that we’re living in with COVID,” Sundaram said.

Sundaram says she might work in industry initially upon graduating in 2023, but she is determined to earn an advanced degree. This could entail pharmacy school, business school, or a different program altogether. Regardless, she says, she will continue to advocate for her peers.

“I make sure to tell students it can feel like you’re a small fish swimming in a big sea coming into the College of Engineering,” Sundaram said. “But being able to find these communities can make it much smaller — like you’re at home, which is how it feels now for me.” 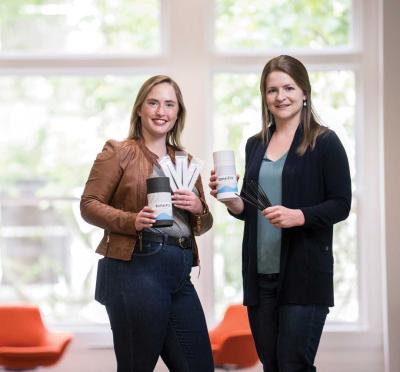 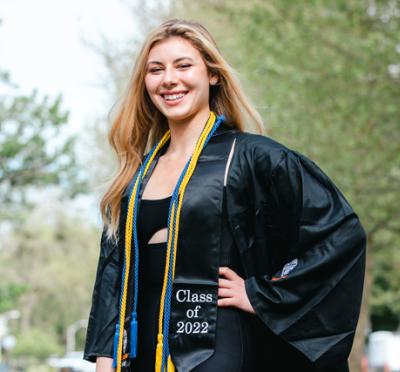 June 7, 2022
Student thrives at nexus of art and engineering 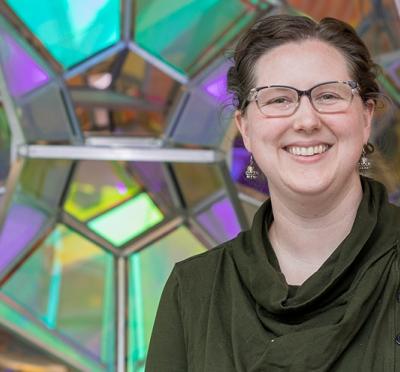 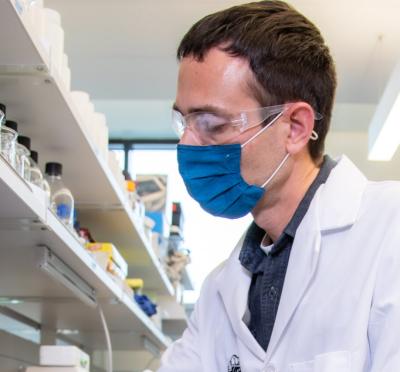